Blog Archives
Comments Off on The Adventures Of Cole and Perry 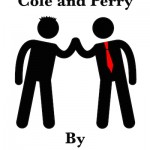 It all started when Cole met Perry in a bar. Over three years they had some exciting adventures, and misadventures. The six stories included in this book are all about their journey from bar to wedding.

The Anniversary
Another cancellation of plans by his boyfriend forces Cole out to the neighborhood bar. Not long after arriving he meets Perry. Even as exciting as Perry is, he’s unsure how the night will end.

The Fight
Cole and Perry are struggling to make time for each other and constantly at each other’s throats. A fight to the death will decide who is right or wrong in their arguments. But Cole really doesn’t want to shoot Perry.

The House
After two and a half years together, Cole and Perry want to buy a house. Once they find the perfect house, they get to spend their first morning together in their new space. Perry will have to help Cole decide which room is his favorite.

The Baby
Both Cole and Perry are exhausted. Taking care of a three month old is hard when she’s up all night and is always hungry. If only they could find where they put the bottle warmer.

The Wedding
Cole is ready to make his commitment to Perry life-long. After careful planning, they created the perfect event. What could possibly go wrong? If only Cole didn’t ask the same question. 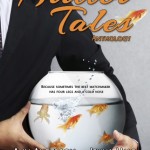 Comments Off on Mancakes Series

Mancakes is a combination bar, club, and restaurant that has something for every gay man. Every kink that is legal, and a few that are still being debated, can be found here. So come down and pick a floor and see what fun can be had.

Comments Off on First Time Story

Emory is unapologetic about who he is. He is secure enough about himself that the stares and muttered words of strangers no longer bother him. He enjoys his job as an “administrative assistant” (though he has no problem being called a secretary) at a large law firm. But the one thing he wants the most is someone to share his life with. He wants to take care of someone special. When he meets <unnamed guy> he think he might have found the right guy. But he’s afraid of his secret being discovered.

Comments Off on After The Knock

Every person that dates or is married to someone in the military is scared of “The Knock”. That moment when their whole world changes.

That moment comes for Kedrick when he’s enjoying a rare day of rest while his daughter is in school. As his world falls apart he makes a new friend when he needs it the most.

As he’s picking up the pieces of his life, <unnamed guy 2> is being a good friend but wants nothing to do with the ready made family.

The two discover things hidden about each other that will change both of their views of each other.

Comments Off on First Last

<Unnamed guy 1> and <Unnamed guy 2> fell in love at 16. Living in Smalltown America in the South made coming out impossible, but they made it work. Until <Unnamed guy 1> was pushed out of the closet right before graduation. Thinking <Unnamed guy 2> would stand up with him he accepted the new labels thrown his way. But when he doesn’t, <Unnamed guy 1> is hurt and runs away as soon as the finals are handed in.

15 years later a chance meeting and all of the hurt comes back for <Unnamed guy 1>. But <Unnamed guy 2> isn’t going to repeat his past mistakes. He’s going to take the gift he’s been given and prove himself a changed man and finally worthy of the love they shared before they fully understood what love was.

Comments Off on More Than Existing (Working Title)

It’s been three years since Elliott’s world changed forever. Now he’s trying to move on by changing jobs and cities. His neighbor shows interest but is Elliott ready to love again?

Comments Off on Brian’s Story

Brian may look like a stereotypical surfer dude, but he is so much more than that. He travels all the time to professional surfing competitions. When he’s not competing he’s practicing. All of that surfing leaves little room for a social life, or a love life. Until he meets Elliott. Then he does everything he can to make time to have Elliott in his life.